Something awesome that I have been working on with the wonderful Stephen Ong. 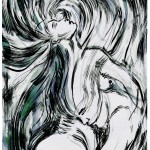 It’s a new room. It’s an old room but it’s a new room to him. It’s very comfortable but it doesn’t feel like it’s his quite yet. Something residual lingers of the previous tenant. And he hasn’t made enough of his own memories and routines there yet to claim it fully.

Sometimes he feels a presence in the room but over the weeks he has stamped his authority over it and it’s starting to feel more like home.

One night he wakes suddenly as though someone was talking to him, a shirt hanging on the wardrobe door moves in the corner of his eye but when he looks it’s still. He turns on the lamp to see better in the grey room but there’s nothing there. He is left with a half feeling that he was being watched. Unperturbed, he eventually drifts off. Continue Reading.

My story Monkey’s Uncle was printed recently in You Stumble Into A Room Full Of Poets with an illustration from the delicious Natalie Oleksy-Piekarski. If you can’t find a copy you can read it on my story page. 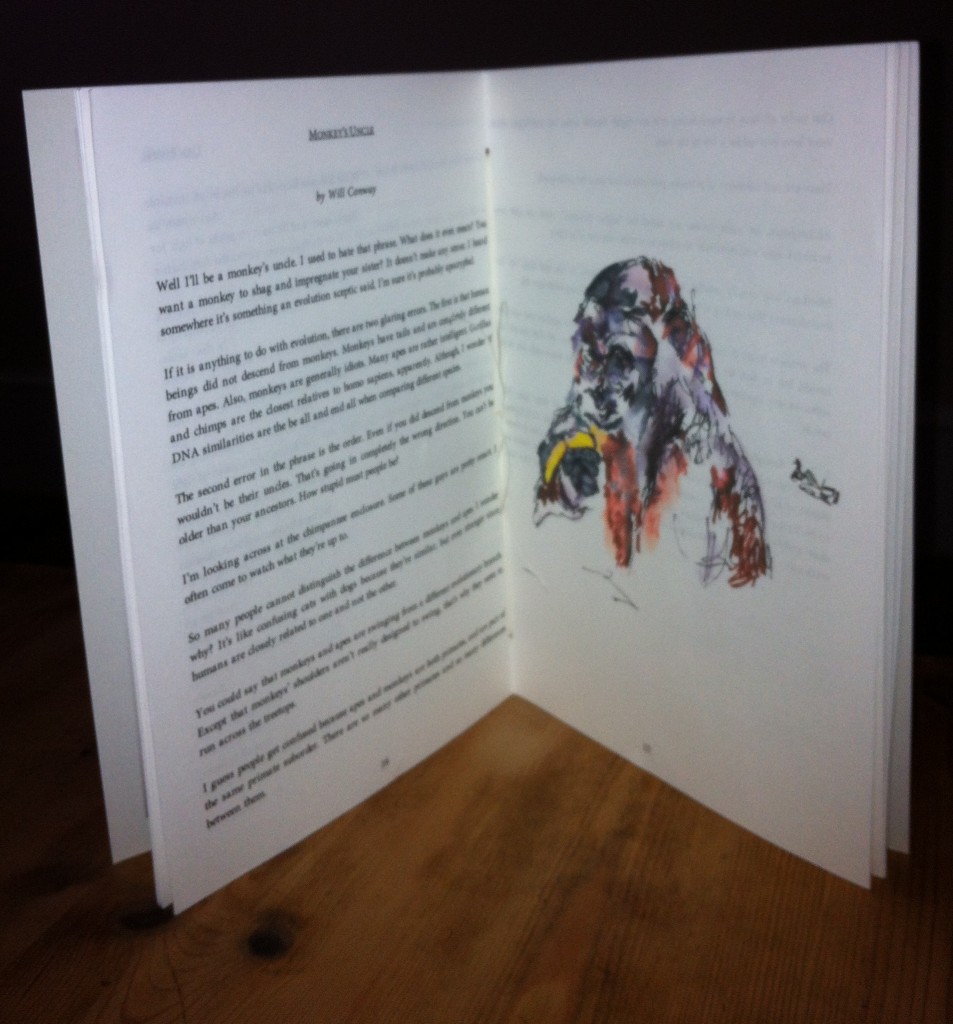