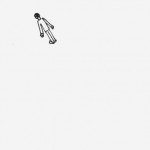 I had to take the bus to work yesterday because it was raining. April showers, really heavy. That was money I had to spend updating my travel card. This is the sort of erratic spring weather we moan about in this country. Under a gloopy downpour like this there isn’t a chance in hell I’m going to fly to work.

I considered an umbrella but I think it would be more trouble than it’s worth. They’re designed for going over the heads of slow-moving, vertical people with their feet on the ground. I don’t even want to imagine how hard it would be trying to fly, having to wrangle some flimsy, plastic thing about in this wind and rain. The truth is I’m really not very good at flying. Continue reading.

The other day my good man Mr Nick Murray and I found the secret unofficial recording booth in the British Library and recorded my dulcet tones reading one of my stories and a story that inspired me. I chose a new story Transport and How the Cat Became by Ted Hughes from the How the Whale Became collection my Mum bought me all those years ago.

You can listen to the two stories on Annexe Magazine here.

I’ll be posting the text (and illustration by Sylvia Maria Saunders) for Transport as the next installment of Eat My Shorts. 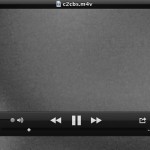 If you entered ‘c2cbs’ into a search engine – considering that it isn’t a name or a word found in any dictionary – you might be surprised at the high number of ‘Items found’ on your page. The first site to host it received a fair few hits but it was nothing next to the total number of searches that GoOgle have counted for ‘c2cbs’ to date.

It was an internet phenomenon like nothing that had come before it. Imagine A-list celebrity sex tape meets Taliban beheading in terms of hype and spin and you aren’t far off with the actual content either. Eventually everybody in the western world, whoever they were, wanted to watch it, and if not, at least they wanted to know what it was.

Friends fell out in discussions about it. Office workers with internet connections found their access restricted and employers’ trust lower than usual. People lost their jobs for downloading it at work, some were even shown the door for admitting that they knew about it. IT departments across the globe were the kings of the office, while at the same time under more scrutiny than ever. The big question bubbling up in the water cooler and floating through the air conditioning was what is c2cbs? Continue reading? 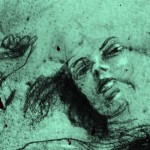 He bites her neck. She lets out a half squeal and writhes against him, her hands on his shoulders. They don’t speak but they are communicating on some basic animal level. The couple entwine on the floor of a kitchen in an abandoned hotel.

The small town became infected as quickly as any other. Survivors were like rats from a sinking ship and many people were bitten and turned after their loved ones or abandoned them. A few people were holed up in hotel for a while but their fortress was breached inevitably and one by one they ran. Some made it to another temporary safety. Inside, one by one, the ones that stayed attacked each other. Continue Reading.